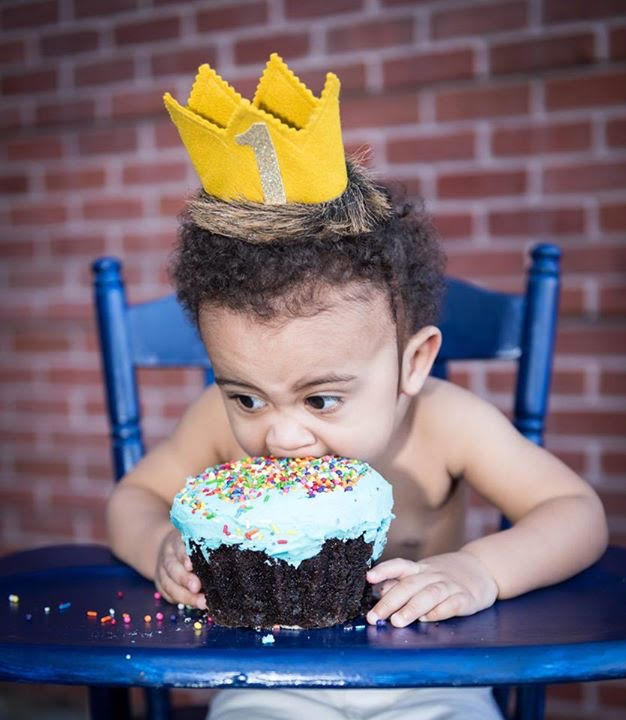 What You Need To Know Right Now By: Sarah Steadman

By Sarah Steadman | In Announcements, Nutrition | on December 1, 2015

After Jesus and my husband, my son is the most important man in my life. I would die for him, but I would bet a million dollars any parent reading this would die for their child. So why are you slowly killing your child? Yes, you read that right. Do I have your attention now? Great, let’s continue. There’s no sugar-coating the subject, pun intended; type 2 diabetes is rapidly becoming the number one killer among youths. How’s this happening, why are we letting this happen, and more importantly, how do we stop it?

Type 2 diabetes, also known as adult-onset diabetes, can be seen in the character of hyperglycemia, where the insulin hormones become resistant to the sugar content present in the blood. Commonly seen in what doctors consider an obese adult, type 2 diabetes is now becoming more prevalent in children as young as two. As I talked about a few posts back, type 2 diabetes can be transformed with a lifestyle change. Not only exercise, but healthy eating habits as well. Once the insulin and glucagon hormones balance out each other, the body starts to function at a healthier rate. The way it was intended to. Easy enough for adults, but what about children? Can children be placed on a block system? No, children cannot and should not be placed on a block system. Children are constantly going through growth spurts. Hormones constantly changing. Their bodies are morphing into adulthood right before your very eyes, and they rely on you to help fuel their engines.

Sadly, according to the CDC, overweight and obesity are defined as “a result of caloric imbalance”. Calories inputted are greater than calories outputted. Does this make sense to you? I can see how it might make sense in a broader picture, but what about those people, especially children, who don’t “appear” to be overweight or obese. These two terms seem to be mostly based on aesthetic appearance. Don’t you think? Overweight and obese humans are also those who don’t have balanced glucagon and insulin. The reason I believe it’s sad is because there is a lot of misguided information our government is throwing at us in relation to health and fitness… and there is a lot of background funding going on that we should all be aware of, but for now, let’s get one thing straight. Kids are not suffering from type 2 diabetes because they are not exercising enough. Yes, it might be one small factor, but let me remind you that exercise is only 20% of the solution. The questions that need to be answered are: What are our children eating? What are we fueling their bodies with? Where can we, as parents, as adults, as RESPONSIBLE HUMAN BEINGS, step in to save the generations coming after us?
In 1980, the number of children with type 2 diabetes was less than 5%, by 1999, that percentage increased to 10%, and today the number of children in the United States with type 2 diabetes is close to 20%. I hope that number explodes in your face and there’s nothing but shock left. To break that number down, in the population of children between the ages of 2-5, 5% of them have type 2 diabetes. These numbers are scary, people.

As a mother I have enough to worry about. In the 13 months my son has been on this Earth, he has already had 3 nose bleeds. You might consider that a reflection on my parenting skills, but in my defense he gets into EVERYTHING! He is a boy. He’s adventurous, and free spirited, and loves to have fun. I worry about his safety constantly… fear not, all the wall outlets are covered, but this kid loves to fall. So now, on top of everything I have to worry about what he’s eating too? If you haven’t realized it yet, the quality and standards of our food has become so poor that many don’t know what they are eating. Too many times, we have been lead to believe certain things because we don’t have the knowledge to know better. For instance, can you explain to me what yogurt is? How is it good for you? What is it made out of? But, we are lead to believe that it’s a healthy option, something good for our bodies right? Or what about items that are sugar free? They must be great for you; no sugar means no boost in insulin right? Again, do you know how to read a food label? Remember when I told you that there is no such thing as “sugar free”?

This is the way food gets advertised to us, and when we don’t know any better, we believe the propaganda. Personally, I am a huge believer in Greg Glassman’s push for getting rid of Coca Cola in the health and fitness arena. Did you know that Coca Cola is the owner of Gatorade? A product that was once made for the Florida Gator football team to keep players hydrated and electrolyte rich throughout 4 quarters is now a product that is nothing but sugar water. Did you also know that Coca Cola’s main demographic target is now children? You can easily turn on your television to see what this company is doing to the next generation. But it’s not just Coca Cola, it’s all soda companies; advertising backed by sugar companies as well.

I am telling you right now that these rates in childhood type 2 diabetes can be completely diminished if we as parents make an effort to feed our children the nutrients they need. Trust me, I get it, you’re yelling at the computer screen because you work long hours to provide a safe environment for your family. You wake up early; go to work for 8-10 and sometimes even 12 hours a day. You’re exhausted. The last thing on your mind is going home to cook for your kids. Ordering pizza, opening a package, or making anything from the frozen food section sounds like a great idea, right? Its decisions like that that slowly kill your children.

Trust me, you’re not alone. I’ve done it too. Zechariah, my boy, loves himself some mac and cheese, and don’t even think about saying the word C-O-O-K-I-E in our house unless you want to deal with a temper tantrum. I’ve created a 13 month old that loves sugar. All my doing. 100%. After these facts presented and information researched, we are slowly changing our ways. All the food he eats is made at home from ingredients bought on the outer perimeters of the grocery store. I can now proudly say he loves spinach AND broccoli. Trust me, if I can do it, so can you. This doesn’t mean cooking every single day. MEAL PREP IS YOUR NEW BEST FRIEND! If I had to cook every single day I’d probably cry my eyes out, but I know I can choose to feed my son healthy options every single day. As a growing boy, still developing and changing daily, I know these healthy options are great for him, and I let him eat as much as he wants. They help with brain and muscle development. Remember all the micronutrients leafy greens have in them? Remember how good I told you they were? Now think about the effective power they can have on your children. Besides, broccoli is just delicious.

According to Traffic Safety Facts, since 2010, roughly 9,000 children have died from fatal car accidents. That’s a tragic and terrible number. I can only imagine the pain those parents are going through and how mad they are that their child was taken from them too soon. However, since 2010, roughly 235,000 children have died from complications due to diabetes. We see organizations like Mothers Against Drunk Driving, and Facebook groups about child car safety and car seat safety advocates fighting for our children; but, where are our advocates against sugar? Where are the parents taking responsibility for what they feed their children? Where are the parents who are mad about false and misguided advertising? Where are the adults who are demanding safety for our children with the food they are eating? Where are the responsible human beings who demand regulation on the sugar companies and what the FDA is doing with the sugar content in food and on food labels? I’m angry. I’m angry for my son. I’m angry for those parents of the nearly quarter of a million children who lost their lives too soon because of the FOOD they ate. All I want is for you to have the knowledge to fight and protect your children the way I want to protect mine. Will you fight with me?

One Comment to "What You Need To Know Right Now By: Sarah Steadman"