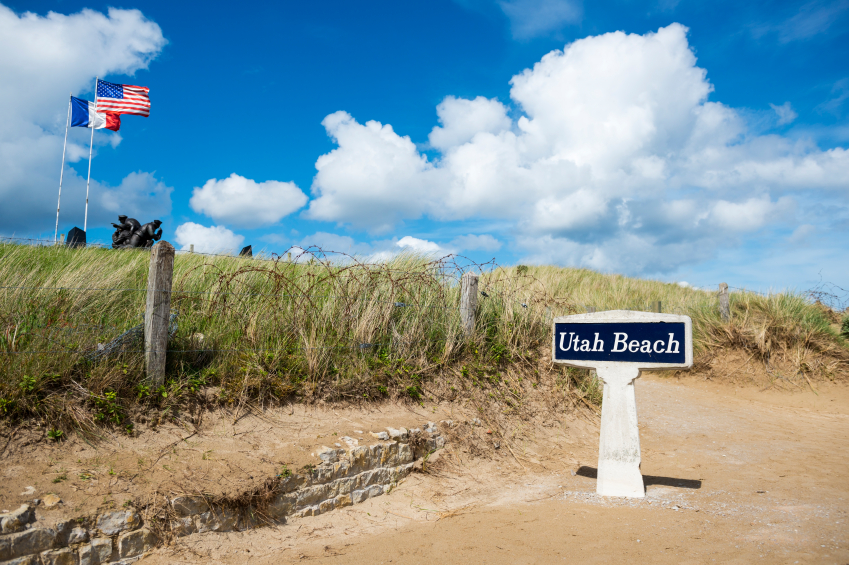 Tomorrow June 6, 2015 is the 71st Anniversary of the D Day Invasion. As you may or may not know, I am a bit of a history buff and love to read and learn about military history. One of my favorite subjects is the D Day invasion. I have great respect for those brave souls who put their life on the line for a greater purpose in order to free people of the kind of tyranny that Nazi Germany brought upon the world. Since D Day fell on a Saturday this year, we decided to program a special WOD to commemorate and celebrate the men and women of The Greatest Generation.

Here are a few facts and tidbits about D Day. The operation code named Operation Overlord was conducted by 160,000 Allied Troops consisting of soldiers, sailors and airman from the United States, Great Britain and Canada.  Over 5,000 ships and 13,000 aircraft deposited  airborne and infantry troops across a 50 mile stretch of coastline in the Normandy region of France. This location was chosen for the ease of air cover and this stretch of the Germany’s Atlantic Wall was less heavily defended than a more obvious choice of Pas de Calaise.  The Allied Forces suffered  9.000 casualties, close to half (4,413) were fatalities. Of the fatalities, roughly 2,500 were American losses.

As I put this workout together, I wanted to represent the factors of the invasion. So here is an explanation of the workout.

Partner WOD
Phase 1 “Overlord” (this was code name of the operation.)
row 1944m split (Significance is that is the year 1944, and they troops left England by boat across the channel
Phase 2 “Airborne Drop”
60 Pull Ups (split)
300 m Run together
Phase 3 “Omaha Beach”
6 x 50m Sled Drags Alternate Partners
300 m Run together
Phase 4 “Utah Beach”
60 weighted Push Ups
300 m Run Together
Phase 5 “Gold Beach”
60 KB Swings
300 m Run Together
Phase 6 “Sword Beach”
60 Thrusters 45/35
300m Run Together
Phase 7 “Juno Beach”
60 Man on Fire Burpees
300m Run Together
**Pointe Du Hoc” Upscale Begin Workout with a 6 Rope Climbs Alternating
**this signifies the Rangers climbing the cliffs of Pointe Du Hoc the highest cliff between Omaha and Utah Beach
*** Each Partner Group will carry their KB everywhere. The non working partner will hold on to the KB while the other partner works.
The 60/300 significance is that the amphibious invasion kicked off at 6:30 AM.
For inspiration for tomorrow here is the order for the invasion given by General Dwight D. Eisenhower: